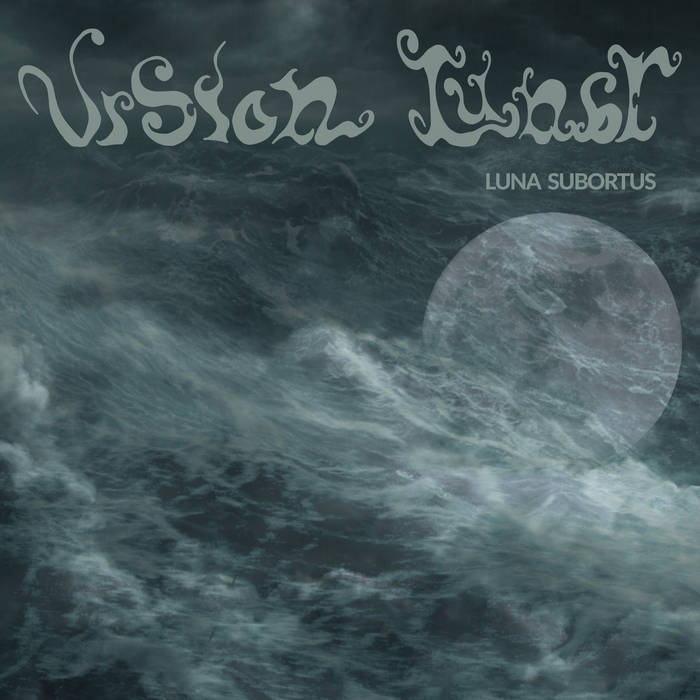 flightoficarus (Metal Trenches) Less really can be more. This is atmospheric black metal at its most minimalist, and the results are stunning. I hope to see a full length in the future. Full review on MetalTrenches.com: metaltrenches.com/reviews/new-moon-223 Favorite track: Desperation.

In mid-February of 2015, while demoing new Soufferance ideas, Alexandre Julien wound up recording a random black metal song. It had been a good four years since he last played any metal, choosing instead to focus on his ambient projects Soufferance, Vision Éternel and Citadel Swamp. The metal song was filed away in the "Projection Mina" folder, where heavier ideas usually collected dust. A second black metal song made its way to the same dungeon by the end of the month.

Six months later these two demos were rediscovered and Alexandre decided to revive his old atmospheric black metal project to release them. Vision Lunar was founded in October of 2006, had gone under hiatus in 2007 and ultimately broke up in 2009. After a farewell discography in 2010 the project was seldom mentioned by its founder but remained popular amongst atmospheric, psychedelic and space-themed black metal lovers.

Vision Lunar was known for releasing single-song demos, monthly, on the night of a full moon. Instead of reviving this idea, Alexandre opted for a more casual EP to be released on the lunar eclipse of September 28th 2015. The new release featured three songs; "Desperation" a reworking of an older Vision Éternel song, "Spiritus Luna" a modern re-recording of Vision Lunar's most famous song "Spirit in the Sky", and the brand new "In Hues of Blood Orange".

The EP's title, "Luna Subortus", means "revived moon" in Latin, something he felt was appropriate to introduce the band once again. While initially planned as only a digital release through Abridged Pause Recordings, the EP was upgraded to a CD in a clear amaray (DVD) case through a collaboration with Winterwolf Records in Germany. A cassette version is currently in the making and t-shirts are being designed. The whole package should be available by the end of the year.

For those in Europe who wish to purchase the CD, you can do so through Winterwolf Records (based in Germany). Search for "Vision Lunar"
Their webstore: winterwolfrecords.com
Their eBay: www.ebay.com/usr/winterwolf-records

Vision Lunar is an atmospheric black metal project founded by Alexandre Julien in October of 2006.

Bandcamp Daily  your guide to the world of Bandcamp

Cannibal Corpse's George "Corpsegrinder" Fisher stops by for an interview